Saturday was Valentines Day. What romantic plans did Mr T and I have on this such romantic evening? We were putting together a Lego railway station. I know, right? Slow down there. Get a room! But seriously, I said to dear hubby, this is probably our Valentines Days for the next 14ish years. That’ll learn us for having a baby the day after! And then, one day, I’ll be all prepped to help get ready for BoyChild’s birthday and he will turn to me and say, “Mum. I don’t want anything this year”. And I will cry. True story.

As mentioned in my last post, BoyChild was particularly excited about his birthday this year, because he had chosen and invited his own friends to his party. So, I planned the ideal party for him – a picnic at the local park, including a nice swim in the paddling pool, then a play in the playground. Great plan, Mrs T. Great plan.

Except for one minor issue.

February is the thick of summer here. So why, on that particular day, it decided to be freezing cold and raining, I have no idea. But COME ON.

We went down to the park anyway, hoping and praying that the rain would suddenly disappear. And, as soon as we arrived, BoyChild stripped off his clothes and ran to the playground, happily giggling about his party. And that was that. I said to Mr T, there is no way we can go home now, even if we wanted to!

BoyChild wasn’t interested in wearing his clothes (despite the chilly temperature) but he relented and let me put his togs on him.

And, you know what? The party was perfect. I was worried beforehand about not having anything planned for this kids – I needn’t have worried. Because of the weather, no one else was there so we had the entire playground to ourselves. And, unbeknownst to me, they had put in a new playground just that week. We barely saw BoyChild the entire time, he loved it that much.

For food, I ordered five scoops of hot chips. They went so quickly, my darling mother went back to the chip shop for another 5 scoops! Which also went equally as fast. We had lemonade, juice and cake.

Such a simple party, and one very, very happy big dude.

And, believe it or not, the rain held off, only really raining literally as we were loading the cars to come home. BoyChild and his sisters and cousins even managed an (albeit brief) swim in the pool before coming home. 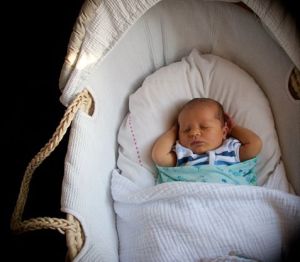